Welcome to Avalon, a Renaissance Faire where heroes of legend never die. 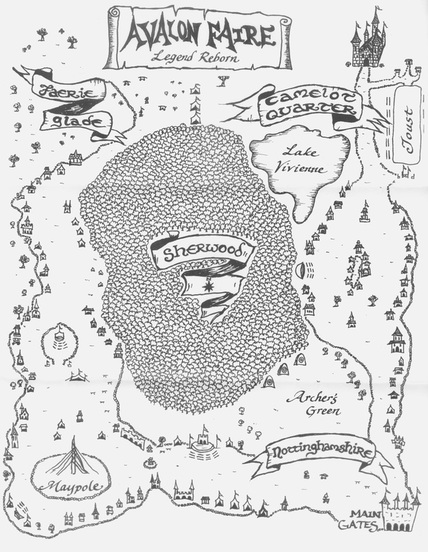 Where the Robin Hood walking the streets
is truly the noble outlaw himself.

Where the knightly and wizardly players of
King Arthur’s court are in fact who they profess to be.

​Enter Allyn-a-Dale. The grief of his father’s death still fresh and the doom of his own world looming, swirling realities leave the young minstrel marooned in an immortal Sherwood Forest, where he is recruited as a member of Robin Hood’s infamous outlaw band.

But Allyn’s new life may reach its end before it’s scarcely begun. Their existence under threat, the Merry Men are called upon to embark on a journey to the dangerous world Outside – ours – on a quest which must be achieved without delay, or eternity in Avalon will not amount to very long at all. 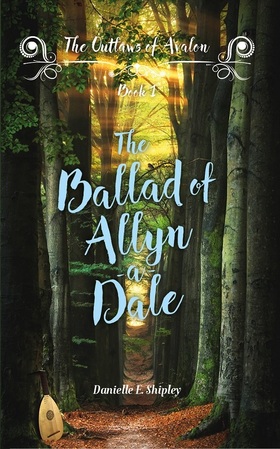 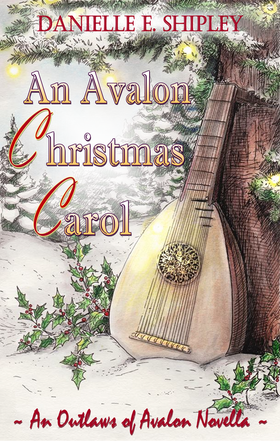 And yet, when you're a wizard with a legendary gift of prophecy,
who can tell whether a dream may be something more?

In the tradition of Charles Dickens' beloved holiday classic,
join Camelot's court and Sherwood's outlaws on a spirited holiday journey
through Avalon's past, present, and future. 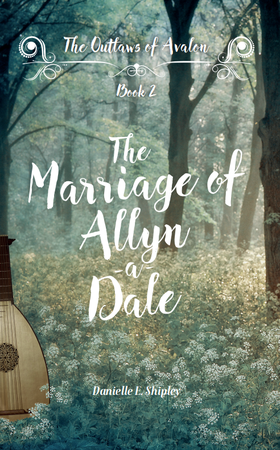 ​​There’s more than Fey magic in the air as Avalon Faire prepares for
another summer’s performance. This time the show stars Allyn-a-Dale in
his role from stories of old: A minstrel with a forbidden romance in need of a little
outlaw intervention. Alas, eternal life imitates art as Allyn finds himself slipping heart-first
into ill-advised infatuation with an Outsider – the Robin Hood fangirl who’s
landed her dream job as the Merry Minstrel’s wife.

As new love blooms, an old love festers, the scarring shadow of Allyn’s dead father
threatening to devastate the young minstrel’s hard-won harmony. And elsewhere
on the undying isle, the cracks of immortality are beginning to show. Caught between
the mysterious meddling of Morganne le Fey and the wild schemes of Will Scarlet,
it’s up to Sherwood’s outlaws to navigate past and future, legend and prophecy,
​treachery and passion, before Avalon is torn apart from the inside out.

Praise for "The Marriage of Allyn-a-Dale": "Shipley's tone is beautiful
and one of a true bard at heart."   /   "A humorous fling where magic meets mundane, ancient meets modern, and for better or for worse, Will Scarlet still will not shut up." 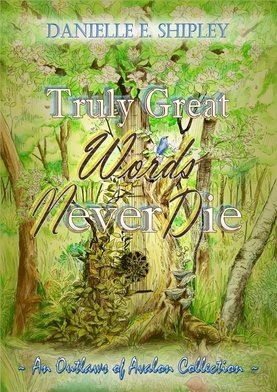 Join the Merry Men and denizens of Camelot in a collection of flash fiction as neo-“ye olde” as a Renaissance Faire, every slice of their immortal life served up with an archaism ripe for revival – from “accismus” to “Weltschmerz”, with plenty of laughs in between.

Come for the language lesson, stay for the Will Scarlet shenanigans, along with a facet or two of your Fey isle friends that you’ve never seen before.

Outlaws of Avalon 2.5 on Goodreads 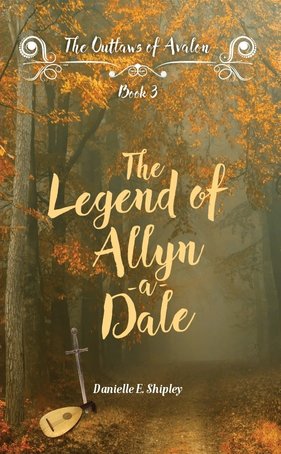 ​Long ago: Hailed as heroes, killed as criminals, an extraordinary band of outlaws
met their end in Sherwood Forest – all except the four who were supernaturally saved,
and the one who did not exist. …Not yet.

Now: With Avalon Faire’s living legends finally free to move between the realms of
magic and modernity, there’s no dream too fantastic to reach – including that kept alive
by a secret society, awaiting only the right time, and the right minstrel, to rewrite history.

Just when the future seems brightest, the Merry Men find themselves thrust into the past,
facing a second chance at the lives they might have lived … or the death they might not
have the luck to cheat twice. For the otherworldly Allyn-a-Dale, it’s all in a day’s destiny.
For an already struggling Will Scarlet, it’s a nightmare that may prove black enough to
break him. And for the whole of the band, it’s anyone’s guess whether courage,
cunning, and camaraderie can win out against their most infamous enemies:
The Sheriff of Nottingham, Sir Guy of Gisborne, and – for once in eternity – Time.

Praise for "The Legend of Allyn-a-Dale": "Truly beautiful.
I mean, there are a million other things I could say about this book,
but it all basically boils down to truly beautiful. The character arcs all come around perfectly,
the emotion is raw and real, and honestly the climax made me feel everything from heartbreaking grief to triumphant wonder
​and love. It was an absolute pleasure to live alongside these characters again." 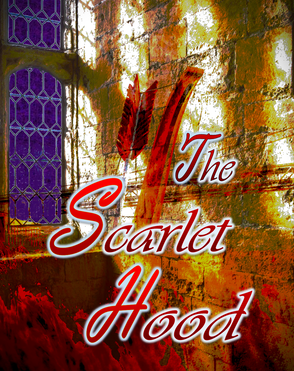 The final, fatal confrontation between the Sheriff of Nottingham and his infamous
folk-hero nemesis was legendary – and is very much in the past.

Now, as replacement Sheriff, Lord Gilbert Nottingham has quite enough governing work
to do without any Merry Men running wild in his shire.

Alas, the rumors of Robin Hood’s death may have been greatly exaggerated.

Beneath the boughs of Sherwood Forest, and over the course of one ill-considered night after another, Gilbert will come to learn all too well how obsession over an outlaw can
strike through the heart like an arrow from a longbow. …or from Cupid’s.

​"The Scarlet Hood" - a post-"Outlaws of Avalon"/"Once & Future Camelot" novella,
now available to read for free on ArchiveOfOurOwn.org!